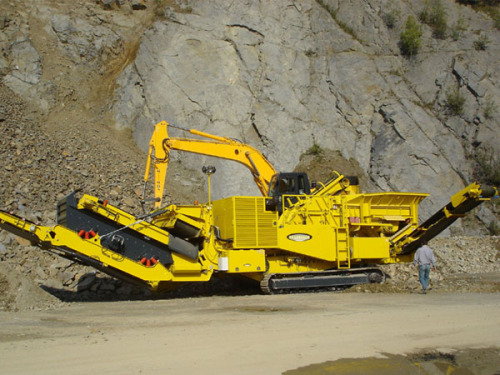 Last year, the contract orders of China's heavy machinery companies generally fell sharply. The increase in accounts receivable was relatively large, the overall growth rate of production and sales declined, and the profit rate fell. Nearly a quarter of the companies suffered losses. In the first nine months of 2012, the profit of the equipment manufacturing industry was 49 billion yuan, a year-on-year increase of 20.1%. The industry profit margin was 7.1%, a year-on-year decrease of 0.1%.

Industry experts pointed out: â€œFrom the perspective of the industry as a whole, the industry prosperity index of China's equipment manufacturing industry declined in 2012 and fell into the â€œlight blue light area.â€ Among them, the composite index of production, total exports, total profits, and product sales revenue It has already fallen into the â€œBlue Light District.â€ It is expected that the overall situation of Chinaâ€™s heavy machinery and equipment manufacturing industry will remain severe and challenging in 2013. The lack of R&D investment in Chinaâ€™s high-end manufacturing sector, insufficient technology reserves, and the inability to keep pace with changes in domestic and foreign markets have affected The adjustment and development of industrial structure of large-scale enterprises; the shortage of talents in small and medium-sized enterprises in the industry is outstanding; weak research and development forces and the lack of high-tech workers have become the â€œbottleneckâ€ that restricts the development of Chinaâ€™s equipment manufacturing industry.

There are many reasons for the current problems in the equipment manufacturing industry. Some in-line experts pointed out that the current environment facing global economic development is complex, and the contradictions in development are unbalanced, uncoordinated and unsustainable. The new situation, new problems, and new contradictions have caused the world economy to become increasingly depressed, the complexity of the situation, and the arduousness of regulation and control are increasing. The process of recovery of the world economy has suffered great setbacks and the world economy is full of uncertainties. The downside risks to the world economy have increased. In addition, the cycle of economic growth slowdown in developed countries in Europe and America may be longer, resulting in limited space for further growth in China's exports.