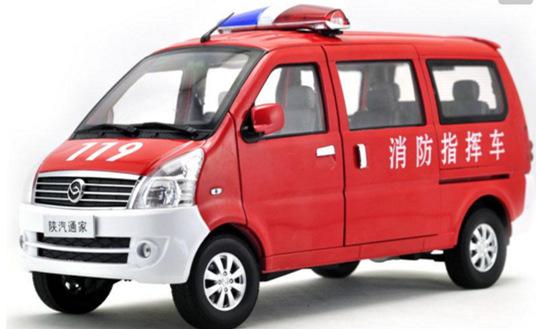 In general, its function is to better realize the overall command and information transfer through the various functions it has in the fire scene as well as in the rescue scene. It can be similarly said that it is equivalent to a move in the fire rescue process. The command platform makes it possible to carry out rescue operations in the shortest possible time with maximum efficiency, which sounds good.

First of all, its biggest difference from ordinary fire engines is its command role. Of course, the function and structure are compatible. This fire command vehicle has a variety of information media such as car telephones, satellite phones, and radio stations, and it can be used in conjunction with positioning systems and network systems to facilitate rescue operations quickly and easily. The on-site command makes the work orderly;

In addition, this fire command vehicle also has equipment such as a roof camera and a video recorder, which can record and analyze the situation on the spot in time to facilitate better implementation of the rescue according to the actual situation. Of course, it is also equipped with a computer system that can communicate with each other at any time and is very convenient for advanced functions. Of course, the most important alarm system for firefighting work is also indispensable, and it can be alerted at any time according to the change of fire, which is very smart and avoids many problems that people subjectively ignore because of panic and neglect some small local fires.

It is such a kind of fire command vehicle that integrates information collection and transmission, camera, command and GPS positioning. It facilitates the proper and effective conduct of firefighting work, and solves the greatest possible problems with the most reasonable force. At present, almost all firefighting teams have been equipped with such a fire command vehicle. Advanced technology helps human life in a more convenient way.