Talking about solid-state battery technology: safety is the biggest advantage of conductivity problem to be solved

â€œAfter a short time, 10 solid-state battery production lines will be built in China.â€ Recently, at a technical development seminar on new energy vehicles, the news released by relevant experts caught the attention of reporters. At a time when liquid batteries "swept" the entire electric vehicle power battery market, solid-state batteries suddenly rose to the ground, which made the industry have to look at it.

â– Security is the biggest advantage

Since the promotion of electric vehicles, the news of accidents caused by the burning of lithium-ion batteries has not been interrupted. The safety of power batteries used at this stage has caused widespread concern in the whole society. It can be seen that in order to solve the safety hazards, lithium in recent years Every aspect of the battery industry is sparing no effort to solve battery safety problems.

At the same time, in order to improve the driving range of electric vehicles, the actual situation is that many countries have plans to further increase the energy density of batteries to 300-400 kWh. Therefore, if it is applied at the application level, it will require future batteries with both safety and high energy efficiency. 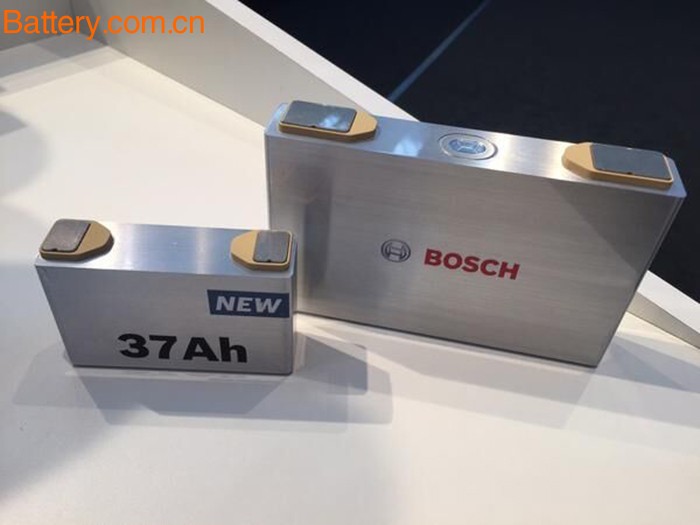 According to the reporter, although the current power battery in the battery module and system design, has adopted advanced power management technology, cooling technology, sealing technology, heat dissipation technology, etc., basically meet the safety requirements of electric vehicles, but still exist The risk of thermal runaway, overheating, fire and even explosion, industry experts believe that the root cause of its combustion explosion is that the lithium-ion battery electrolyte is a flammable organic solution, therefore, the solid electrolyte battery is considered to solve the power lithium battery The ultimate solution to security issues. Xu Xiaoxiong, a researcher at the New Energy Technology Research Institute of the Ningbo Institute of Industrial Technology, Chinese Academy of Sciences, said: "In the new secondary chemical energy storage power source, the advantages and characteristics of solid-state lithium-based solid-state lithium batteries are very obvious. At present, enterprises and research institutes Universities and colleges are very concerned about this field and are working hard to promote related research work."

According to an industry expert who did not want to be named: "The solid-state battery consists of a positive electrode, a negative electrode, an electrolyte, a current collector and a casing. The key components are the first three. If in a solid-state lithium-air battery, the solid electrolyte can be the positive side of the air. Separated from the negative side of lithium metal, it can completely prevent the direct reaction between atmospheric components and lithium metal. From the safety point of view, solid electrolyte has high mechanical strength to prevent lithium dendrite from penetrating; in terms of stability, it is oxide System-based solid electrolytes can exhibit excellent stability and can also solve the problem of leakage and electrolyte evaporation in open air batteries."

At the Bairenhui Summer Forum, Chen Liquan also explained the safety characteristics of solid batteries. He said that when the battery is partially short-circuited, only the polymer melts and becomes an insulator after melting, which will not catch fire.

â–  Conductivity problem to be solved

â€œSolid-state batteries do have great advantages in terms of safety, but according to current research and development, the advantages of energy density are not fully demonstrated.â€

Wang Weiguo, chairman of Ningbo Sofu Energy Technology Co., Ltd. further explained to reporters: "The lithium ion conductivity of solid electrolytes is usually lower than that of liquid water and non-aqueous electrolytes, during cell assembly and between lithium metal and air positive. The interface impedance is large, which results in the energy utilization efficiency and output power of the solid-state lithium air battery is lower than that of the liquid water and non-aqueous electrolyte system. That is, the solid state battery has no advantage in terms of energy density."

It is understood that even in France, which has been running for more than 3,000 all-solid-state battery taxis for two years, its working temperature must be between 60 and 80 Â°C.

â–  Subversive industry is too early

Huang Xuejie, a researcher at the Institute of Physics of the Chinese Academy of Sciences and executive deputy director of the Clean Energy Center, and leader of the Solid State Ionology Research Group, told reporters: "Although France, Paris has developed a large-capacity solid-state lithium battery based on high molecular polymer solid electrolyte, and applied it. In practice, but it has not yet shown its true advantage."

Huang Xuejie believes: "A material from the laboratory to the social application level generally takes about ten years, and the solid-state battery is in the research stage, so it takes time to realize industrialization. At present, we have predicted solid-state batteries. With high safety (especially safety under high specific energy state) and long life, since there is no real product yet, it can only be considered that the above advantages of solid state battery are only speculations of R&D workers. Only when it shows its own advantages can it be truly accepted by the market."

Wang Weiguo said: "Currently, the ternary lithium battery technology used by Tesla is very mature. Even if the solid-state battery is produced in a decade, it can only coexist with the former without causing subversive significance."

Similarly, Huang Xuejie also believes that: "There are still some subversive concepts, so the electrolyte as a liquid electrolyte still has a market space of ten to fifteen years. We don't have to worry about the liquid battery disappearing." To reporters, still optimistic about the development prospects of solid-state batteries.

Chen Liquan said at the Summer Forum of the 100-members that if the research and development of solid-state batteries is further supported, it may be industrialized within five years. Fortunately, recently, at the Academic Forum on the 10th Anniversary of Qingyuan Convergence and Collusion Development, organized by the Qingdao Institute of Bioenergy and Process, Chinese Academy of Sciences, the reporter learned that a kind of high thermal stability and excellent All-solid polymer electrolytes with mechanical strength, wide electrochemical window and high room temperature ionic conductivity have been successfully developed, which is considered to be expected to be applied to the manufacture of automotive power batteries on a large scale.